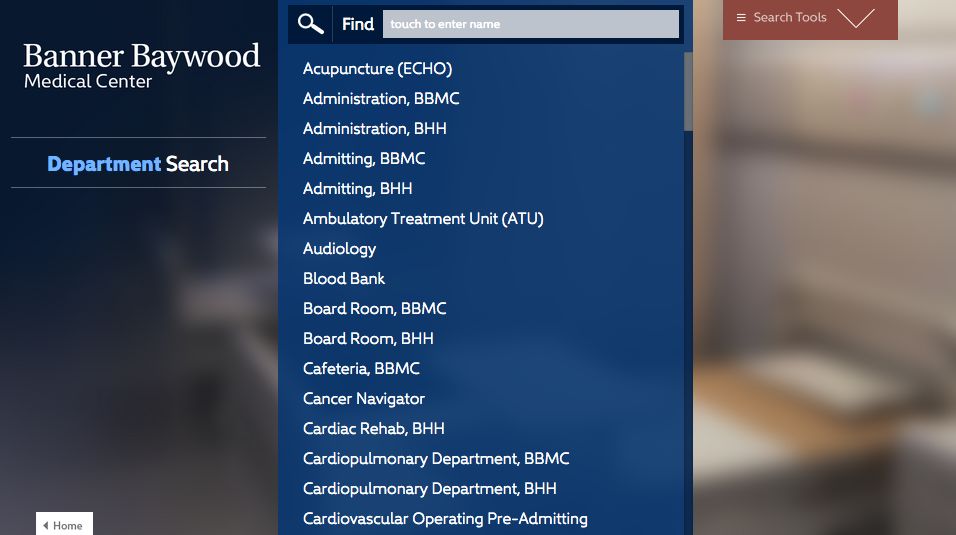 Visitors can search on-screen by keyword or just a few letters to get dynamic wayfinding with interactive vector­-based maps and detailed routes to specific destinations. Our advanced vector­-based maps offer a greater amount of detail without any pixelation, no matter how close your visitor zooms in on a location. 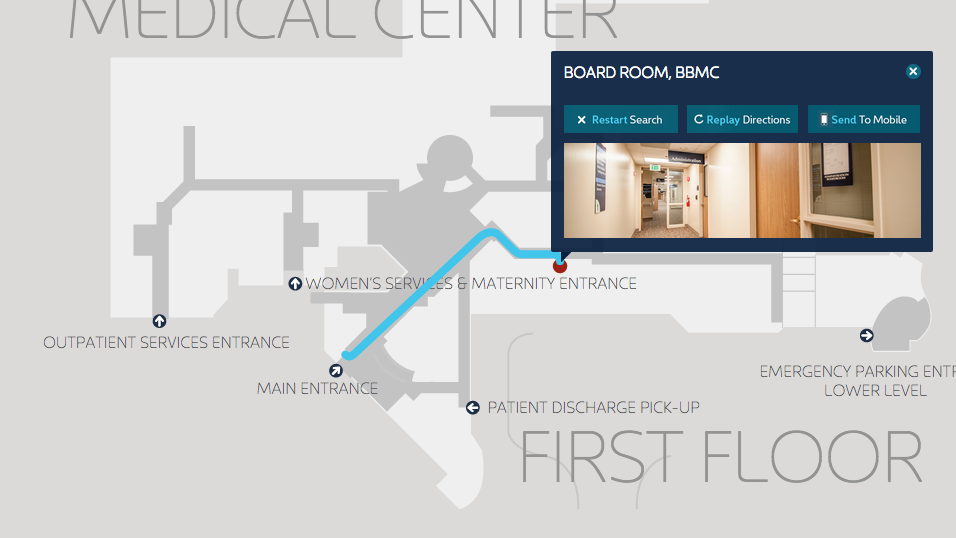 By giving step-­by­-step directions and path drawings that are based on up­-to­-the­-minute conditions, you can provide the safest and most efficient way. You can also adjust for special events, emergencies, and even facility maintenance such as available elevators, escalators, and stairs. 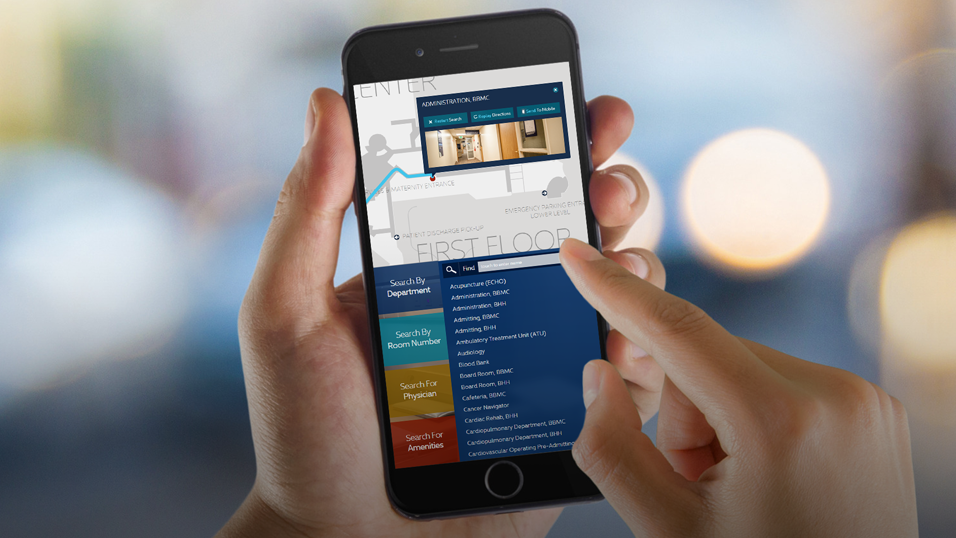 When your visitor selects a destination, our advanced wayfinding software maps every location and can deliver real­-time targeted information points along the way.

With our powerful and modular digital signage platform, development of wayfinding content is simplified and efficient.

Easy To Use Systems

Flexible To Your Facility’s Needs

Mapping routes can be updated for temporary closures or during emergencies.

Are you ready for a Demo of Norvision’s Wayfinding Systems?

“Wayfinding problems in hospitals are costly and stressful and have particular impacts on outpatients and visitors, who are often unfamiliar with the hospital and are otherwise stressed and disoriented.” (Role of the Physical Environment in the Hospital of the 21st Century, B y Roger Ulrich, Craig Zimring, Xiaobo Quan, Anjali Joseph, and Ruchi Choudhary, Published by The Center for Health Design, 2004.)

“In a study conducted at a major regional 604-­bed tertiary-­care hospital, the annual cost of the wayfinding system was calculated to be more than $280,000 per year in the main hospital or $448 per bed per year in 1990. Much of this cost was the hidden costs of direction giving by people other than information staff, which occupied more than 4,500 staff hours, the equivalent of more than two full­-time positions” (Zimring, 1990).

We'd Love To Hear From You!

Fill out the form and our team will be in touch with you promptly. Thank you for your interest!